You are here: Home / Grow Your Business / How To Not Procrastinate Using A Brand New Technique 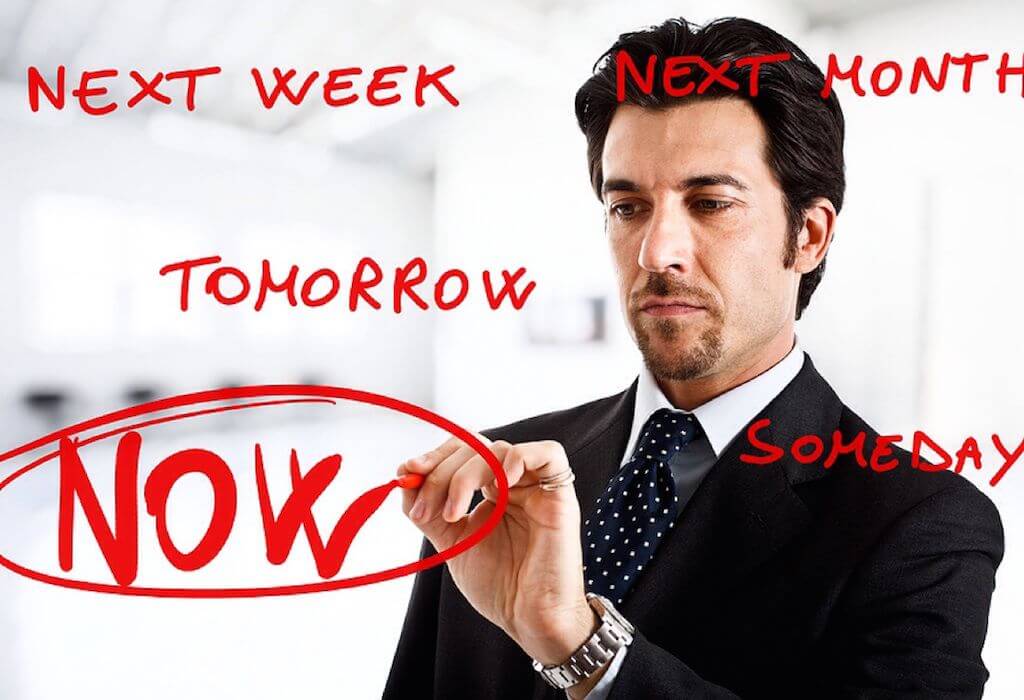 In this article you are going to learn how to not procrastinate with a new technique that will dramatically increase your personal and business success. This is one of the main pillars of highly productive people and it can change the game for you too, if you carry out it and you use it.

This helps you to keep from confusing “busy-ness” or activity with productivity. You can seem busy, but be getting nothing done or you can be getting a lot done and have none of them be the high value work that actually increases your success and your income. Now it almost goes without saying that… 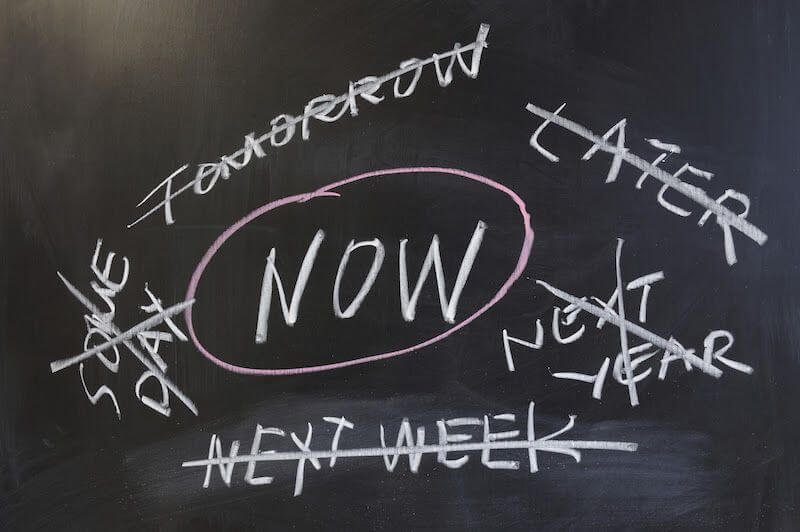 I want to talk to you about willpower for a little bit. There’s interesting research that’s been done, that shows, that we humans get a bit of willpower each day. That means that we have the power:

…we get just a little bit of that willpower. But most of us are not aware that we get just a bit, so we end up wasting it on things that don’t do us good in the long-run and then we don’t have it when we need it.

When you run-out of willpower, there is a sign. Answering how to not procrastinate – usually, you’ve come to a point where you need to take a decision about what to do and instead of doing the high-value thing, you just zone-out and you go back and do the default thing. As you can imagine, if your default thing is checking emails, reading news or checking your phone then you know where that leads every time…

What’s The Best Way To Invest Your Willpower Each Day?

The answer isn’t using it to make yourself do or not do a particular activity. That’s not the best way to use it. The answer is that you want to use your willpower, you want to invest it to create new habits. Once you build a new habit, then you don’t need to use your willpower to do that thing anymore. Because you do the new behavior naturally and automatically – it’s a habit and slowly you are learning how to not procrastinate.

You don’t have to think about it, because it just happens and then you free your willpower up again to create another powerful habit. It’s intuitive to focus on behaviors and specific actions because it seems like this is the way we get ourselves to do the things we need to do. But it turns out to be very hard and very expensive, in terms of willpower, to keep trying to make yourself – “do the right thing” – and avoid the temptations around you.

The Path Of Least Resistance 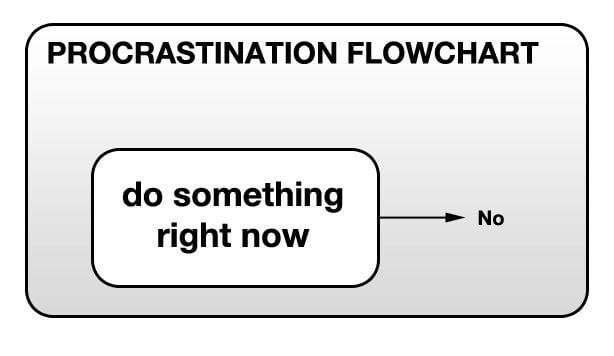 So, instead of paving on cowpaths in your life, you want to build a modern four-lane super highway of productivity. You want the path of least resistance to be the things that bring you the biggest returns and the biggest results.

How To NOT Procrastinate & Discover The Ultimate Path Of Least Resistance

The ultimate path of least resistance and the answer to the question – how to not procrastinate, is called a habit. We are creatures of habit. We think, we feel, we do the same things every day, day after day…maybe in a different order but we are basically doing the same stuff every day. Habits pull us into thinking, feeling and behavior patterns that are automatic. Here is an infographic with 15 ways to overcome procrastination on entrepreneur.com

Habits are the internal paths of least resistance that we take

So, where is the place that you can invest your energy to get the biggest return? It’s creating new habits and specifically habits that brings you:

Instead of wasting willpower – invest it to create new productive habits

This is the path to accelerating success in life. This sounds easy enough but it turns out that there is a trick to this. There are a couple of pitfalls to avoid.

One pitfall you want to avoid is starting a new habit and then giving-up because you get distracted from it or it becomes challenging. The trick to doing it right is to understand what is going to happen when you start creating your new habit. 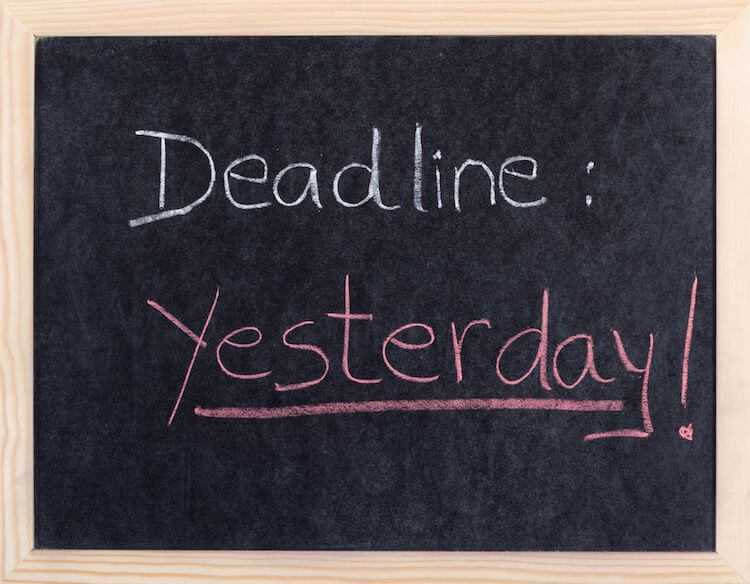 When you first start a new habit, it’s actually a little easier for the first couple of days because you’re enthused, you’re excited and have motivation. But then very quickly things get more challenging and you start to have resistance, you become frustrated – even defiant.

These first few days are easier and then you experience rapid resistance on the way up for about 10 days more or less. The gravity of your old habits is trying to pull you back down. If you stick with it for this phase, the next 10 days or so – this is where you start feeling the pull of the gravity, you feel a general resistance and this is the key to learn how to not procrastinate.

You’ve gotten over the real frustration of the first 10 days, but again it’s a strong resistance and you have to stay with it for the next maybe 10 days. Then for your final 10 days you reach “escape velocity.” You’ve been doing the habit for long-enough that you get over the hill and then it starts to become downhill and it becomes a lot easier from there. Here are 5 techniques for overcoming procrastination on keepinspiringme.com

This is what is called…

…and unless you are ready for this, when you are creating a new habit – it’s very challenging cause it is really easy to give-up.

Let’s recap, shall we?

You need a huge amount of energy at the beginning during the lift-off. The first couple of days is easy cause you are excited and then it gets really hard for the next week and the next 10 days after this cause you need to fight the pull of gravity while the old habits are trying to pull you down. Then finally you get-over the hill and you reach escape velocity. This is the point where you learn how to not procrastinate.

Then the real magic and the power of habit takes over and you don’t have to think about it anymore because you do it automatically. But you have to set things up so that you do this new habit everyday, so it takes root and it becomes a part of you.

When you are trying to create a new habit, you want to put this new routine early on in the day, in order to take advantage the maximum amount of willpower for the long-run.

When installing new habits, this is the most important rule you need to follow:

This is also the answer to the question – how to not procrastinate?

Because if you start now and don’t deviate when you are creating new habits, by the time you have installed 3-4 great, high-value, highly productive and success creating habits, you don’t have to worry so much about procrastination because you do the high value work automatically.