You are here: Home / Get More Customers / How to Use The Secrets of Body Language to Sell More 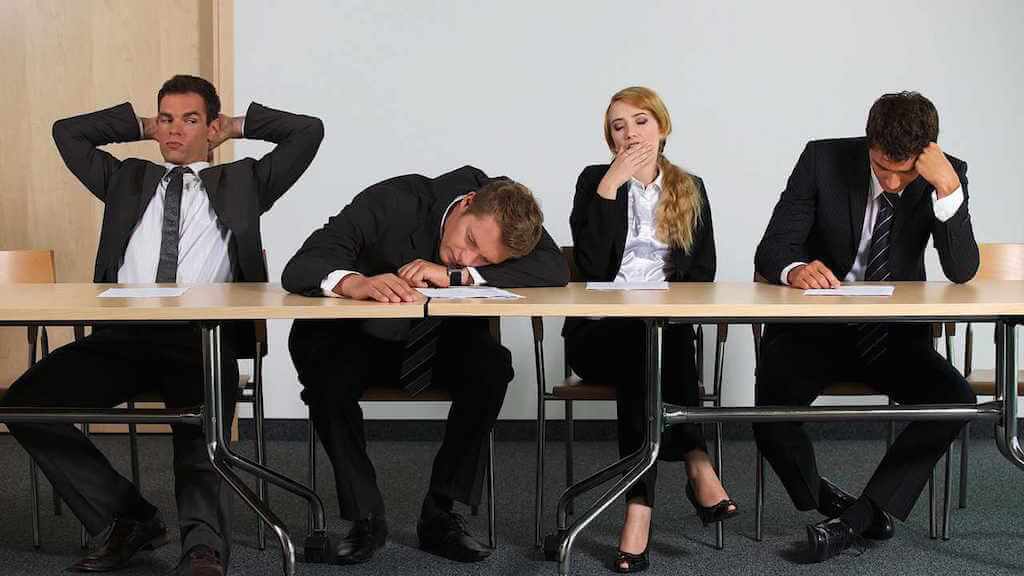 In this guide you are going to learn how to use the secrets of body language to read the motives and actions of other people, enabling you to better “control” them and sell more.

I found this book recently, while looking in an old second-hand bookstore in Phuket, entitled “The Book of Tells

” that has really amazed me. First of all it is suggested by many of the great marketers out there like Frank Kern, Eben Pagan, Dan Kennedy and others. This alone gives this book amazing value in case you want to take your sales business to the next level and increase your income.

In addition this book is kinda rare to be found or even purchased this moment, even Amazon rarely has pieces of it available (if you see it available on your left, you are one of the lucky ones. I would suggest you to buy it immediately). So why is this book so important and what makes it so necessary to be read by any sales person or marketer who respects himself?

Here’s is a hint…

The secrets of body language are actions that tells you what someone is thinking – even if that person doesn’t know it themselves. And these actions are highly revealing…

Now think this for a moment…

Buy it on Amazon

We humans have inherited many of the ways our nearest relatives, the chimpanzees, use to categorize or sort out our dealings with each other. Thus the first time we meet a new person, we tend to rapidly judge them in regards of whether they are submissive or dominant compared to us. Here is a guide about understanding non-verbal communication on Mindtools.com

Although our logical brain tends to think that other factors play a more important role, our “monkey” brain categorizes individuals according to their rights to food, territory and sex. This instinctive categorization derives from the dominant or submissive signals our body language emits to the others and it is very important if you want to be regarded as a successful — powerful person in life & business.

Here is an example of a dominant body language signal

They way you sit betrays if you are in a dominant or submissive mood, this very moment. The secrets of body language say that if you are sitting with your legs not crossing each other (straight open), this sends an unconscious dominant signal cause of the hypothetical “appearance” of your genitals. On the contrary if you are sitting with your legs crossed in any way at all, you are sending submissive signals to the people near you.

The Secrets of Body Language During Conversations

The way a conversation works is by taking turns for each and every one who participates and it is very unusual to witness a conversation that everyone is talking at the same time. In order for a participant to show that he wants to take turn and the speaker role in a conversation it is necessary for him to produce several turn-taking signals for the others to understand.

These “unofficial” turn-taking signals are used from people to declare that they want to take the speaker role. In accordance when someone wants to maintain the listener role he produces turn-avoiding signals. These body language signals play on in an “unofficial” way behind an “official” conversation and knowing how to manage them could put you in a place to control exactly how much time you get to talk and when. Most importantly how much you can increase your sales conversions and profit. 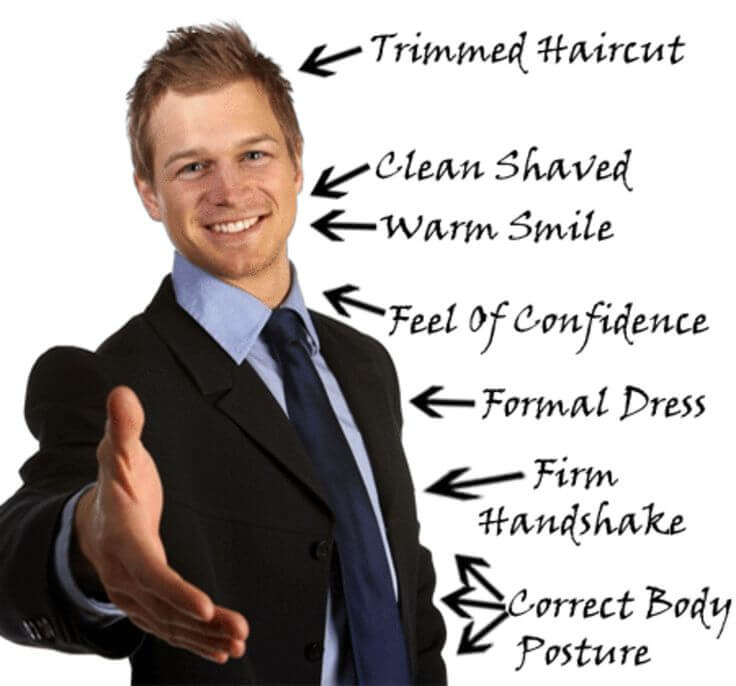 In politics everything is about the secrets of body language. This is because for politicians it is important to be able to influence, control or even — some times — manipulate the opinions of the people. As a result politicians appear at the low end amongst different professions regarding integrity. Politicians are widely distrusted because of their two-faced behavior of saying one thing and doing other. Learn how to read body language more effectively on lifehacker.com

Amongst the most important body language signals a politician is required to have is good health, a full head of hair and the correct walking postures & movements. These traits sum up to the fact that a politician needs to appear youthful, vigorous and powerful in order to be taken as a proper candidate. Think of it, would you want your country to be run by someone who seems that has any kind of disability or is not healthy?

Several other important traits politicians use is guarding against attacks from other politicians, seem friendly and appeasing to the crowd, posses a deep and breathy sound while talking or giving a speech. In addition politicians need to like kissing babies (weird I know…you will have to read the book to find out why and it is not what you think), have defensive and offensive skills, be able to manage well the interviews and finally be able to insult others with the glove.

The Secrets of Body Language During Greetings

Greetings maybe one of the most important part of our body language and this is because greetings present us with an opportunity to enter into a conversation. You are probably aware that first impression and last impression plays an important role when meeting with someone for the first time.

The upper handshake is taking place when one of the two people, who are handshaking, is placing his palm over the other persons palm. Imagine, instead of having a vertical oriented handshake, now you have a horizontal oriented handshake with one of the two person’s palm on top and the other under. The person who has his palm on top is instantly taken as the dominant person and the other as the submissive one, for the rest of this meeting. 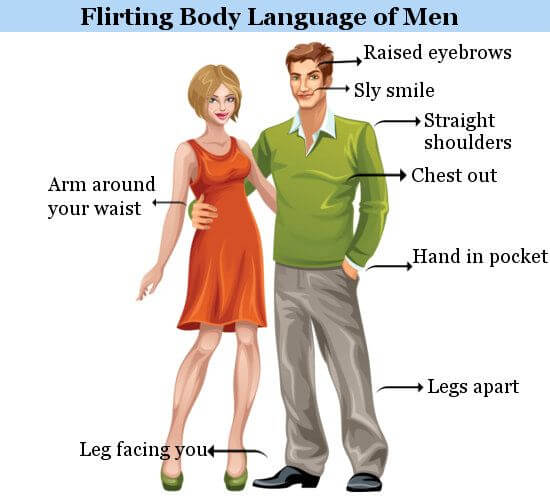 The Secrets Behind Sexual Body Language

Body language plays an increasingly important role when flirting. In fact without our body language signals there would be no possible way to flirt or love another person. This lies in the simple fact that flirting, love and sex requires from people to exchange several different body language signals about their sexual orientation, availability, compatibility and readiness.

The problem derives from the fact that we may not intend to, but we are always emitting and receiving sexual signals through our body language. While we are looking to other people deciding how sexy, attractive or non attractive they are, they are busy categorizing us in the exact same way. Sexual body language although not visible can be found everywhere around us.

Anxiety, a normal self-protective response to a possible danger. All people become anxious when feel threatened, others more others less. The amount of anxiety one feels depends on their personality, how much threatened and how much helpless one feels. The problem arises from the fact that we don’t want others to notice our symptoms of anxiety because we don’t want others to believe we are not in control of the situation.

So, what we do is trying to cover-up the symptoms of anxiety, as best as we can and this way we reveal what we are really feeling. Signs like sweating, change in breathing rhythm, change in the way we stand, the way we use our hands (i.e. nail bitting), our facial expressions, our mouth expressions and finally the way we talk can reveal a lot of our body language secrets to people who know how to find them.

It is been estimated that a lot of the things we say to other people aren’t true. In fact almost one third of what we say when we meet other people is a lie. We are using lies mostly to impress each other and that’s the reason it is so common in dating and during flirting. A very important distinction between lying is that men use lies to impress others while women use lies to make others feel good. Some people believe that lies are similar to a crime while others believe that lies are needed or even necessary.

Here is a “necessary” lying example

When a woman asks her husband if he likes her new hair-style, she’s usually inviting him to say something complimentary rather than giving an honest opinion. The husband who dares to express an opposite opinion of what his wife expect to listen, is looking for trouble. Here are 7 surprising truths about body language by Nick Morgan on Forbes.

So in this case, is lying a crime or a necessary evil? The impressive fact here is that people who are highly expressive, sociable or good at sales tend to be very popular because of their small lies that makes them more like-able by others. Secrets of body language regarding lying includes, detection signs, eye & body signs, nose & masking signs, smiling signs, micro signs and talking signs. 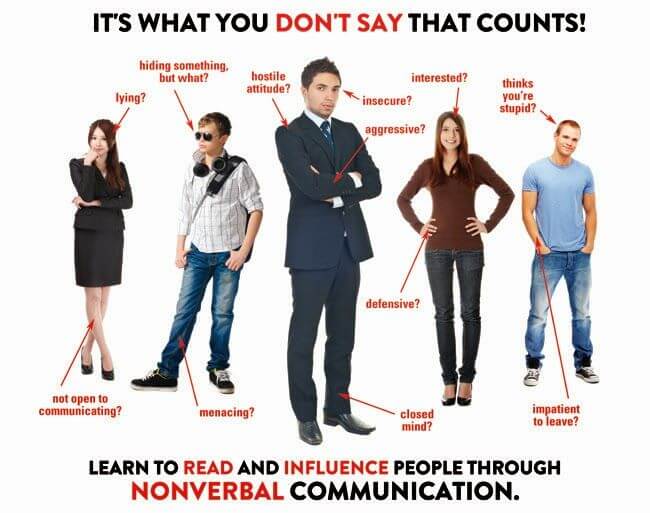 The secrets of body language is a science by itself and it is not possible to be described in a single article. However if you are someone who is interested to improve your place amongst the people that surround you, get more opportunities in life, appear to be more dominant, get that job you were always dreaming of and a lot more different things, you should definitely invest some time in reading the psychology behind human body language.

In addition if you are into any kind of marketing or sales business human body language psychology is a must read subject that will greatly improve the way your customers look at you and as a result your income level. I really hope I was able to give you a detailed idea of how to use the secrets of body language. Now it’s your turn, go on and let me know your thoughts below.