You are here: Home / Motivation (Yes YOU Can) / How To Make It Through The Hard Times Of Becoming An Entrepreneur 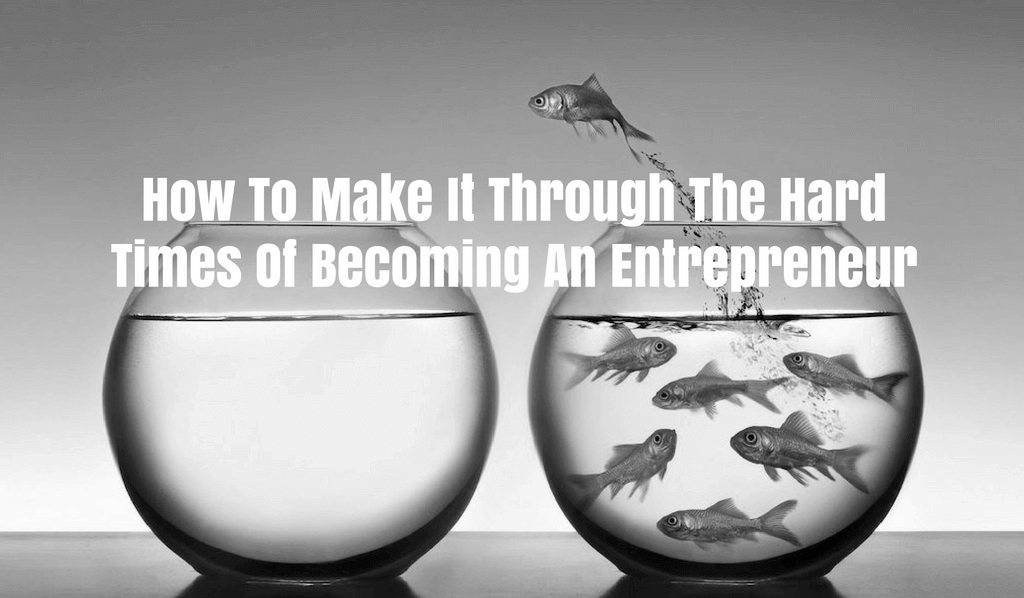 In this article you are going to find suggestions and real life examples which will help you make it through the hard times of becoming an entrepreneur.

Entrepreneurship = a very lonely, frustrating and full of problems side of reality to be (although it’s for the greater good)

I can already “see” many of my readers trying to ridicule this quote, but let’s take some steps back and take it from the beginning. Been into this game called entrepreneurship since very young – 1 thing I can tell you for sure.

Entrepreneurship has nothing to do with the news you read on your favorite RSS reader or the series you watch on TV (aka Shark Tank, etc)

I remember myself spending my days as an outcast in high school where I just couldn’t fit with what the society called “normal”. The same thing repeated in university. I thought it was useless to go through this torment therefore I found ways to “bypass” the system.

Even though I graduated in papers, I wasn’t interested to be present at the graduation ceremony. It just didn’t matter to me if I would obtain that degree or not. I had already chosen the difficult path since very young. What The Media Is Hiding From You – The Pain, Frustration & Hard Times Of Becoming An Entrepreneur

We’re becoming witnesses of a trend called “entrepreneur” and “startups”, been bombarded all day with success stories, millions or billions of dollars in fundings, extravagant lifestyles, freedom…

I mean it’s like living with Alice in Wonderland according to the media. No one is talking about the hard times of becoming an entrepreneur.

Let me drop a number to put things into perspective : Venture Capitals and other funding sources know from before that from the total amount of money they are going to invest in new startups. ONLY a 3% will turn into profit!

Let me repeat this one more time: ONLY a 3% of what VC’s and other funding sources invest in new startups will turn into profit!

So what happens with the rest 97% we never get to watch or read anywhere???

Unfortunately, they never made it through the hard choices they had to make to become an entrepreneur. Talking About Hard Choices, Here Are Some Real Life Examples

The past couple of years, I begun to carefully select my peers. In addition I begun participating in business groups and startup events to meet similar minded people (which is one of the most important steps to take as an entrepreneur in my opinion).

What I discovered was interesting. Every growing entrepreneur, speaker, author, coach etc had an ugly story to confess. On the contrary the ones who didn’t – you could pretty much “understand” that they will soon be out of the game…

Here is an example, Ryan Gomez – Leadership Trainer, Author & Public Speaking Coach around Australia & Asia. Watch what he has to say about the hard choices he had to make…

Ryan reached to a point that people thought he would become a drug addict and die alone at some small street alley. But he chose a better future for him and his family! He emerged through ashes reborn and it took him 5 years of hard work to reach at the level he is now.

Another Example From My Hard Times Of Becoming An Entrepreneur

I remember when I made the decision to flee from Greece, for a better life and more opportunities. I came in Thailand with no more than $1,000, no flight ticket to go back, not knowing the language, not even been here before once in my life.

There was no plan-B for me because I organized it like this on purpose. The game was either I make it, or my embassy would have to call my family and give them bad news.

After 3 months the local banks closed because of a coup and consequently I couldn’t receive any money. As a result I couldn’t buy food or drinkable water. It was rock bottom! The funny part is that my bungalow was near some banana and mango trees and I was eating fruits from these trees for a couple of days…

BUT I pushed! I never thought of giving-up my dreams and go back to become an employee, although I had all the excuses in the world. That gave me tremendous amounts of power to overcome anything in my life due to the fact that my self-confidence was turbo charged. I felt I could do anything I wanted to.

Why am I telling you all this? You see becoming an entrepreneur is the best thing you can do in your life. It will help you:

…but you’ll have to make it through the hard times that will definitely come in your life. I know, it’s hard to avoid the media trend as much as it is hard to close your ears to the ones who are trying to make everything sound easy. Always remember, building your startup puts you in instantly in the bucket of a 95% failure rate in under 3-year-old startups…

You’ll need to make it through the hard times of becoming an entrepreneur and that means making hard choices that you might not like. BUT YOU CAN! I believe in you 🙂 Go get ’em tiger!