You are here: Home / Grow Your Business / How to Profit When Dealing With Negative People 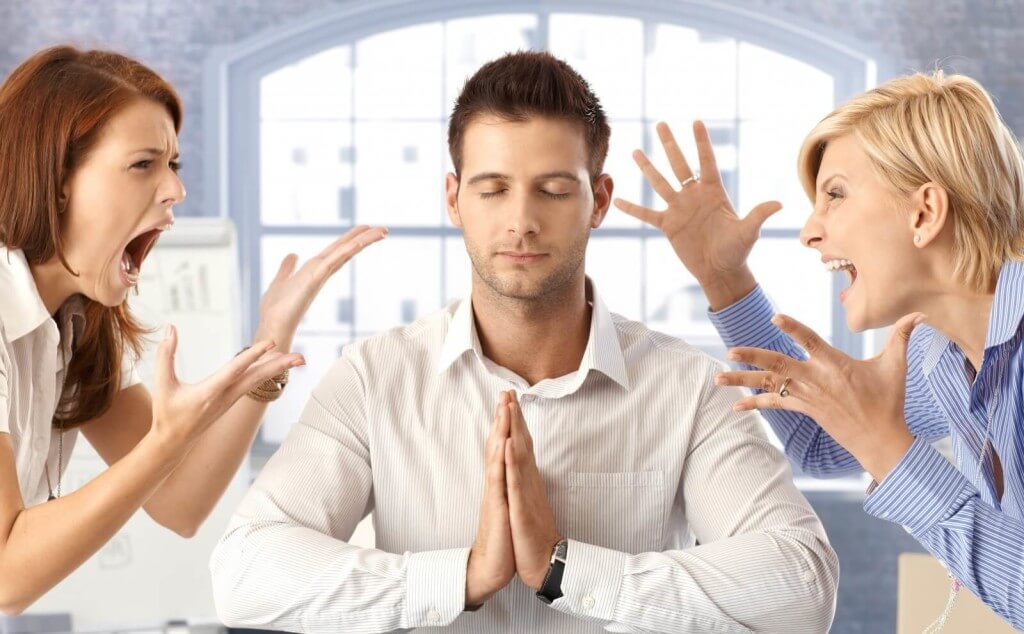 In this article you are going to learn how to profit when dealing with negative people in life or business and why people who say “no” might be the best candidates for your future success.

Now before I go on and explain you how can you do this, I will tell you why I know this to be true from my personal experience. Over the past 8 years I’ve generated thousands of dollars in income for the companies I worked as a salesman and for my personal business consulting & coaching business.

On the other hand and during the day I was meeting different people from my contacts list, going door to door or cold calling strangers on the phone trying to sell life & medical insurance in a country that people don’t even want to know you if you dare to mention the word insurance…

Needless to say I had the best sales numbers in both of my jobs and I was promoted to a promotion manager in less than 2 months at the night part-time job while at the insurance company I worked with, I came to be the best rookie of the year in my office at my first year of working there. Well this is all history since I discovered I love working with people, bringing results.

How did I do this? Go on and read…it gets better 🙂

Why Negative People Are The Most Profitable If You Insist

The night part-time promotion job, was a very difficult achievement if you ask me, cause if you happen to know any smoker you will definitely know that a cigar is like an “illegal affair” for the smoker and it cannot be changed no matter what. The cigar brand the smoker chose to smoke is like his or her character image…see Marlboro, Davidoff, etc…

But although I was placed at the worst spots (cause women got to take the best places), I learned by trial and error that the people who said “No” right up front were the people who were eventually buying the cigar brand I was promoting. I just needed to insist more and go around their mental block.

The same thing came to be true in the insurance business where although people were very negative, eventually my persuasion skills and non-stop insistence with proofs, facts & stories made them say “yes” to me and buy expensive insurance coverings. Strangest thing was that after completing the sale, they didn’t know how I made them buy even though they said “no” at the beginning…

Why Most People Say “No”?

Do you know why?

It’s easy, because they’re supposed to. Simple isn’t it?

If you go back, starting from childhood we were taught to be wary of people we don’t know, not to talk with strangers and to never make a fast decision when it comes to buying something. I remember my parents say this to me and my brother all the time and I’d bet that you had the same experience too.

Now obviously to expect your prospects to go against the very habits and beliefs that are ingrained in childhood is foolish but most of us, we are doing this daily and then try to understand why we can’t “sell” in our life, relationships and business. Jacqueline Whitmore has 7 strategies for dealing with negative people on Entrepreneur.com

Dealing With Negative People? Be Sure To ALWAYS Keep Their Details

If you know that most people you try to sell something to, aren’t going to buy at first, then you should offer them something valuable and free in exchange for their contact details. In my case, when I was selling insurance coverings what I did was ALWAYS collect business cards or phones or even better work addresses to have a chance to get some free time with my prospect alone.

I was trying to focus on educating my prospects for free at first. That required a great invest in time but in the long-term it always brought back a lot of profits for me. The moment I heard a “no” I could recognize that my prospect didn’t know about that particular detail we were talking about or no-one ever spend time to explain it to him or her. BOOM!

That was my leverage point and by just bypassing the “no” like I never heard of it, I went on and explained the details my prospect wasn’t aware of…This way, you can build a relationship based on trust and value first …and then make the sale.

You’ve heard that before, but it’s not what you think.

Most sales “experts” will instruct you to cold call people on the phone, stop & talk to strangers walking on the street or make lists with all the people you ever met in your life and try to sell to them using the same script again and again.

For “them” it’s all about numbers…bringing the numbers will eventually give you the chance to sell to 1-2 of the hundreds of people you’ve talked with till now. I call this stupidity or a complete waste of time and energy. It’s way better to sell by educating and giving value like here.

Why this method will fail you is because the vast majority of the people who finally get to talk to you will not buy initially and it doesn’t matter how persuasive your sales skills are. The reason behind this is the simple human nature I previously mentioned.

We aren’t supposed to buy at the first time. We’re taught not to do it. Here are 7 simple tips to deal with negative people from Celestine Chua on ZenHabits.com

The weird thing is that this is exactly what the “experts” attempt to teach you to do with their “guru” experience. “Their” strategies are specifically designed to focus on the small percentage of “outliers” who go against human nature and buy quickly without building trust and relationship first.

Most importantly it ignores (and usually disturbs) all the others while at the same time you end up with no friends and people to talk cause everybody is avoiding you.

How To Profit When Dealing With Negative People

First of all you will need to refine your sales skills and begin using response indicators combined with behavioral dynamic responses. If this sounds a little bit Chinese, hold tight, I will get deeper into it.

In every sales approach, there’s always an action or multiple actions a prospect will typically take before he or she buys. These actions are called “response indicators”, and they are the key to your profit increase.

Example: When someone gets into a dealer to buy a car, he or she will rarely buy the car without first taking it out for a test drive. Therefore, the test drive alone is the response indicator. This is why the salesman’s first priority, when you go to a car dealership, is to “sell” you the test drive.

Here’s what this has to do with you.

Supposedly you’re trying to arrange appointments with possible prospects via cold calling on the phone, promising to give them something for free as a reward for their time.

And for the sake of the hypothesis, let’s assume that in order for your prospect to trust you enough to buy during the appointment, he or she needs to go through your sales presentation in detail.

The act of him/her going through your sales presentation in detail is the “response indicator” in this example. Now click the next link and go here to watch my latest free webinar <<

Multiple researches show that over 50% of your potential prospects never go and read in detail your printed presentations or brochures, they asked to be handed to them by you. They’re basically saying “no” to the exact thing they just requested from you.

As a result your chances of completing the sale are immediately decreased by 50% because statistically speaking, half of your potential prospects never made it through the first “response indicator”.

The way you can fix this is by creating sequences in your sales campaigns who’s sole purpose is to simply move your potential prospect from one response indicator to the next …until he or she buys.

And they way you do that is by using behavioral dynamic response in every sales situation you get into. Learn 10 ways to deal with negative or difficult people by Lori Deschene on TinyBuddha.com

Behavioral dynamic response is truly the “holy grail” of exponential boost in your sales.

It works by you tracking what your potential prospects are doing when they are in your sales pipeline, and then dynamically sending them customized sales & marketing messages based on their actual behavior. 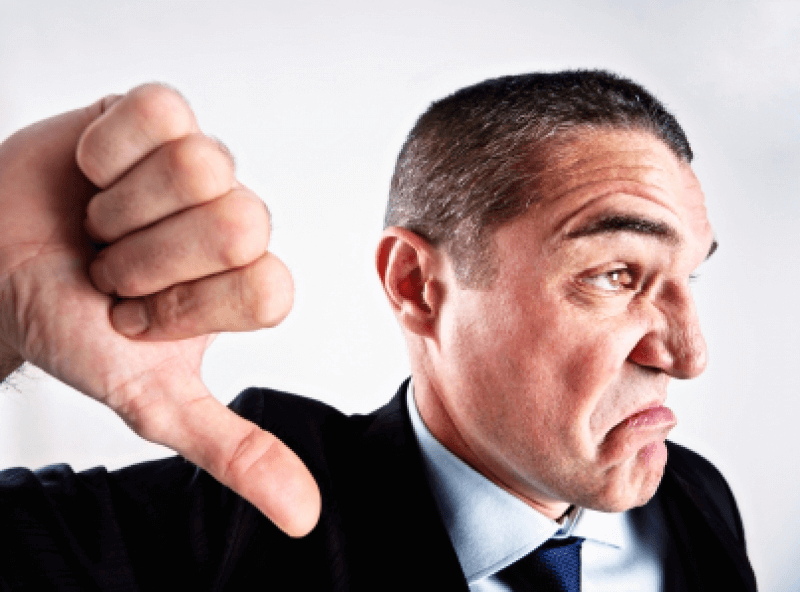 If your sales presentation has a 2% conversion, that means 98% of the people who see it say “No” to your offer at the end. But they didn’t refuse because they weren’t interested, and they definitely didn’t say “No” because they didn’t want the outcome you could help them achieve.

If that were the case, they wouldn’t have stayed for your entire video, presentation, webinar, etc.

So in a sales situation where you’ve got prospects who have been through your sales campaign, read your messages, seen your presentations, and still say “No” it’s almost always for one of these reasons:

They’re almost ready to close the sale but they just need some extra push from you. They’ve got a question unanswered, or a not correct belief about what you are selling, or might just need a little more time to make a decision.

Dealing With Negative People Will Make You The Most Money.

Let’s pause and think about this for a minute. In your sales example, they showed interest and remained focused, watching an entire sales presentation about the exact thing you are offering to give to them. You know they’re definitely interested because they’ve behaviorally demonstrated it!

This is like owning a clothing store and being with a prospect who saw your ads online, drove down to your store, came in, and tried on a new pair of sneakers. As far as hot prospects go, they don’t make ‘em any better. So these are the type of prospects you want to focus the vast majority of your efforts on.